Creating Content to Help Clients Get Comfortable with Change

Sometimes as marketers, we’re not selling a product or service, but the very notion of change itself.

Selling change is really tough – and even more so when the audience is conservative.

So it was for us when our client, First American Equipment Finance, approached us with a challenge: How could we convince their banking clientele to adopt a new technology platform?

First American was in the process of switching from a traditional, paper-based documentation system to a more advanced electronic documentation system. They firmly believed that embracing this new platform would transform their entire industry, and we agreed with them.

However, that didn't mean the change would be easy.

I’m happy to report that in the end, our campaign was highly successful, and First American clearly established themselves at the forefront of this major industry paradigm shift. So how did we get their clients comfortable with this enormous change?

We set about creating content that would do the heavy lifting for us.

Step 1: We identified the nature of the challenge

In a regular marketing campaign, you explain the benefits of your product or service and let them speak for themselves. But in this case, explaining the benefits of the new technology wasn’t going to be enough. The banks and lenders perceived e-documentation as less secure than traditional paper documentation, and they were highly concerned about exposing themselves to undue risk.

We knew that throwing a bunch of information at them and simply arguing the opposite point would get us nowhere.

Step 2: We chose the strategy

We decided instead to show them that we were as skeptical as they were – perhaps even more so.

We knew that if we could meet the audience where they were – in a place of uncertainty and resistance – this would help them realize that we understood (and even shared) their concerns. They would no longer feel the need to convince us of the dangers and pitfalls of the proposed changes. In fact, we’d sidestep the whole mentality of “us vs. them” entirely. We’d show them we were on their side and just as concerned as they were.

Step 3: We wrote a white paper

We didn't want to start creating content without a clear strategy. For this group, a white paper felt like the right tool. We needed to be official, respectable, and credible – and we considered a white paper to be the most “academic” of our content options.

Unlike their more casual ebook counterpart, B2B white papers are marketing communications documents that use selected facts and logical arguments to build a case for a particular course of action. First American was already using white papers to present their thought leadership, so it was a natural choice to use a white paper to make a business case for change.

Step 4: We sounded the alarm

But our white paper couldn’t just jump to our intended conclusion. We needed to acknowledge the client's likely objections. To do this, we closely examined each potential obstacle that might prevent the client from embracing the e-documentation platform.

Step 5: We reached the only possible conclusion

After detailing the variety of possible obstacles we might encounter with e-documentation, we were also able to explain how each obstacle could be overcome – or why it wasn’t really an obstacle in the first place.

By convincing ourselves, in the course of the paper, that e-documentation is safe and secure, we compelled the audience to agree.

Then we sent the white paper to clients, launched the new technology platform ... and waited.

As a result, First American was able to smoothly transition to the new technology without the push back they had anticipated.

The next time you need to “sell” change, try this: Get more upset than your clients are, and then patiently explore the reasons why the change is actually for the better. I believe there is no better vehicle for this than by creating content with a smart, strategic approach – ideally, a white paper that’s stuffed with facts, figures, and authority. It worked for us!

I love to write and I'm a total grammar freak. I also passionately believe that conversational, approachable and insightful content can help people solve real problems and can make a real difference in the world.

What Are Pillar Pages and Topic Clusters? (And Why You Need Both) 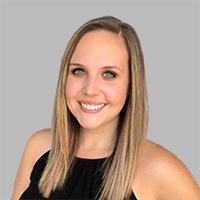