How to Write a Pitch That Editors Will Love: Insider Tips

Without publicity, a terrible thing happens … nothing,” P.T. Barnum.

The excitement in her voice suggested the scoop of the century. My experience as a journalist for 12 years suggested otherwise.

The issue in question was an event this marketer had been hounding me to publicize. Now she was hoping that a C-list 1980s sitcom co-star would convince me to cover her event with resources typically reserved for papal visits or election-year political rallies.

“That’s a sentence,” I patiently replied, “Maybe a paragraph, but definitely not a story.”

Her disappointment was audible. She really thought she had me this time … but what did she expect? She was pitching a listing for the “Calendar Section” while expecting a cover story.

Sadly for those on both ends of the phone, it’s an all-too common example of how some marketers, publicists and public relations representatives seeking media coverage don’t always comprehend how the industry operates.

Greg Miller offers terrific advice on how to write a pitch that bridges that gap. Dr. Miller is the director of Las Vegas-based Olympian Creative Consulting and a master of the art of clear, insightful and passionate communication. He has taught writing and communication classes at the University of Oregon and the University of Nevada, is a former editor of the innovative magazine Vegas Seven, and a former staff writer for the Moscow Times.

Needless to say, he has heard a pitch or two in his day and has some thoughts on the matter.

“I’m interested in a pitch that gives me not just a topic but that demonstrates a sense of story,” Miller said. “Someone might pitch a story about neon lights. While I realize that might be an appropriate topic for a magazine in Las Vegas, what can you show me that says you’ve got a story with characters and a point of view?

“I don’t expect that they have it fleshed out but I do expect a shadow outline of a yarn. What’s the broad arc of the story? I want to see an understanding that a high-level magazine feature either needs a strong, powerful core idea or a solid, specific narrative that is relevant to our readership.”

Tips to make your pitch stand out 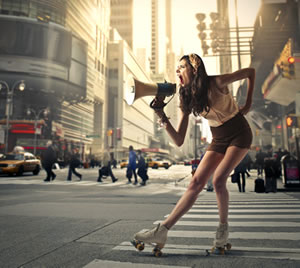 While avoiding the obvious suggestions we’ve all read, (make sure your idea is newsworthy, don’t oversell, speak their language, etc.), here are some tips journalists want you to know:

“Ninety-nine percent of the work I do is pitching reporters using customized pitches,” said Chicago-based publicist Trayce Zimmermann, who has successfully pitched stories on as diverse subjects as bombastic boxing promoter Don King and the trampoline park industry. “It takes a lot longer, but everyone wants to feel special.”

“I don’t want to talk just to the one guy you’re pitching to me,” Miller said. “And if I do talk to him, it’s my story and not yours. I may want to talk to co-workers and even competitors. You’ve achieved your goal; you’ve gotten us interested. Now we want to know if you’ll let us do our job.

“There needs to be a balance there. They need to be willing to pass the baton. In the current PR atmosphere, I understand that’s a tough thing to do, but it can separate you from the rest.”

“Putting myself in the shoes of the people writing these, that must be very hard,” Miller said. “For my needs, though, it doesn’t make sense to spend two weeks chasing a story only to have a newspaper or another magazine come out with the same story. I know how that feels. That’s a sticky one.”

Zimmermann avoids this by pitching different angles of the same story to individual outlets.

“I believe in full disclosure,” she said. “I always tell one TV station if another station is covering it, or I’ll tell the Chicago Tribune what the Chicago Sun-Times has planned and vice versa. You have to respect the competitive nature of their business.”

Relationships are everything in journalism. So how do you get started when you don’t have any?

“For a lot of editors, meaningful flattery will get you somewhere,” Miller said. He suggested introducing yourself by offering a relevant compliment that softly leads into your pitch. For example: “We’ve been reading your publication, and one story that stood out was such and such. We have more ideas we’d like to run by you that have the same general feel. Could we meet for coffee or lunch or swing by the office if that’s better for you?”

It’s not easy. In a changing media industry, even seasoned pros like Zimmermann have had to re-evaluate their approaches.

“It’s harder to build relationships, in general, and much more difficult to pitch a high-concept story today,” she said. “It’s harder to find someone with 25 years of experience and a historical frame of reference. You can’t compare them with the 23-year-olds who are replacing them.

“I liked the grizzled old guys,” she added with a wink. Probably because I hadn’t shaved that day.

The ultimate goal, of course, is to be on the receiving end of calls and emails from journalists hoping you have an ideas for them. That’s when you know all your hard work has paid off.

Miller speaks for journalists everywhere when he says: “Over the course of months and years, as a journalist you get to know people who really understand what you do and how you do it. They would come to us and say, ‘This is a Seven story.’ They recognized that we have a particular approach, ethic and style, and they knew this story was for us. That’s meaningful.

“I don’t even think of those people as [public relations people, publicists or marketers]. I think of them as someone with connections that lead you to stories, because they know you and they know everybody. People like that become part of natural story-harvesting circuit.”

And that, my friends, is how you do it.

Neil Hayes was an author and award-winning journalist before moving into business-and-marketing writing. He wrote the best-selling book "When the Game Stands Tall," which was made into a major-motion picture in 2014, and has co-authored two other books. 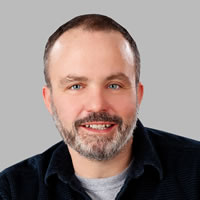 What Is GDPR and Should My Inbound Marketing Be GDPR Compliant?

PR and Marketing: Does Combining Them Boost ROI?